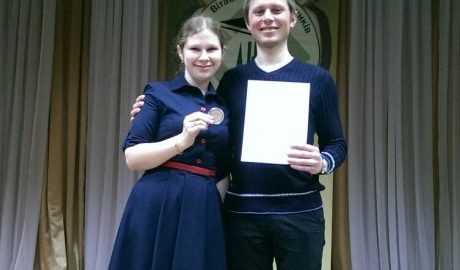 On February 16, 2017 the teachers of the Department of Economic Cybernetics conducted the first round of the All-Ukrainian Student Olympiad in the specialty “Economic Cybernetics”. The winners were: Serhii Mynenko (1st place) and Serhii Klimov (2nd place).

The second stage of the Olympiad for students of higher educational institutions of Ukraine according to the order of the Ministry of Education and Science of Ukraine No. 1495 of 09.12.2016. “On holding the All-Ukrainian Student Olympiad 2016/2017 academic year” was held from 26 to 28 April 2017 in the Lviv Educational and Scientific Institute of the SHEI University of Banking.

Serhii Mynenko, student f Sumy State University, got the third place for what was awarded a diploma of the third degree.