From February 17 to February 24, 2018, with the support of the Frederick Naumann Foundation for Freedom, a delegation from Ukraine to Germany, in particular the Federal State of North Rhine-Westphalia (Dusseldorf) and Berlin, visited Berlin. The delegation included the member of editorial board of the journal “Financial Markets, Institutions and Risks” Igor Recunenko.

During the visit, 16 working meetings were held on a wide range of issues, among which the following could be distinguished: analysis and evaluation of the Federal system in Germany, its administrative and political structure, geopolitical situation; defining the role and place of Germany on the map of Europe and the world, today’s role of Ukraine in the German economy and vice versa, the role of civil society; the roles and peculiarities of the use of media, especially in the context of limited access to them; formation of local budgets and their use; use of modern technologies, search of convenient and effective IT-platforms for the purpose of automation of processes and procedures in cooperation of local authorities and citizens; involvement in the political processes of women, the state and dynamics of the development of gender processes, etc. In addition to the scheduled meetings of thematic panels, separate discussions should be noted with leading politicians in Germany, in particular with the vice-speaker (from the FDP, the leader of the faction) Landtag of North Rhine-Westphalia Angela Freimut, the FDP’s deputy from the Bundestag, the chairman of the Human Rights Committee, a member of the PACE Gyde Jensen, with ex-deputy of the Bundestag with 34 years of experience from the party “Union 90 / Green” Marieluise Beck (Marieluise Beck) – co-founder of “Center of liberal modernity” and the project “Understand Ukraine!” And with the head of the department Federal Ministry of Family, Women and Youth Countess von Martina Bassevitts (Dr. Martina Grafin von Bassewitz). The delegation also visited the Embassy of Ukraine in Germany where met with the advisor to Ambassador Iryna Tybinka and his colleagues.

The visit was extremely dynamic, rich, accented and informative, with active communication and exchange of experience. 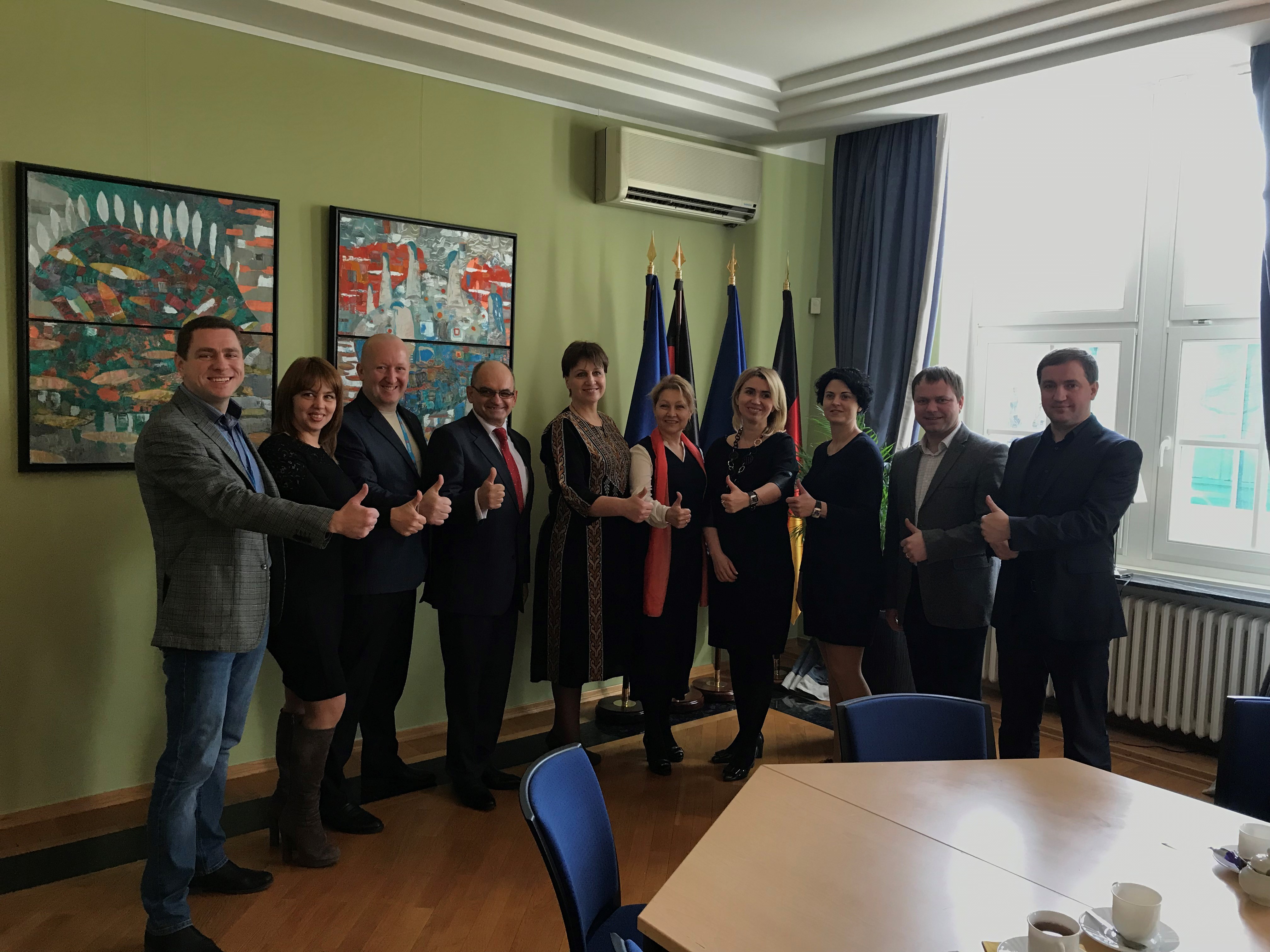