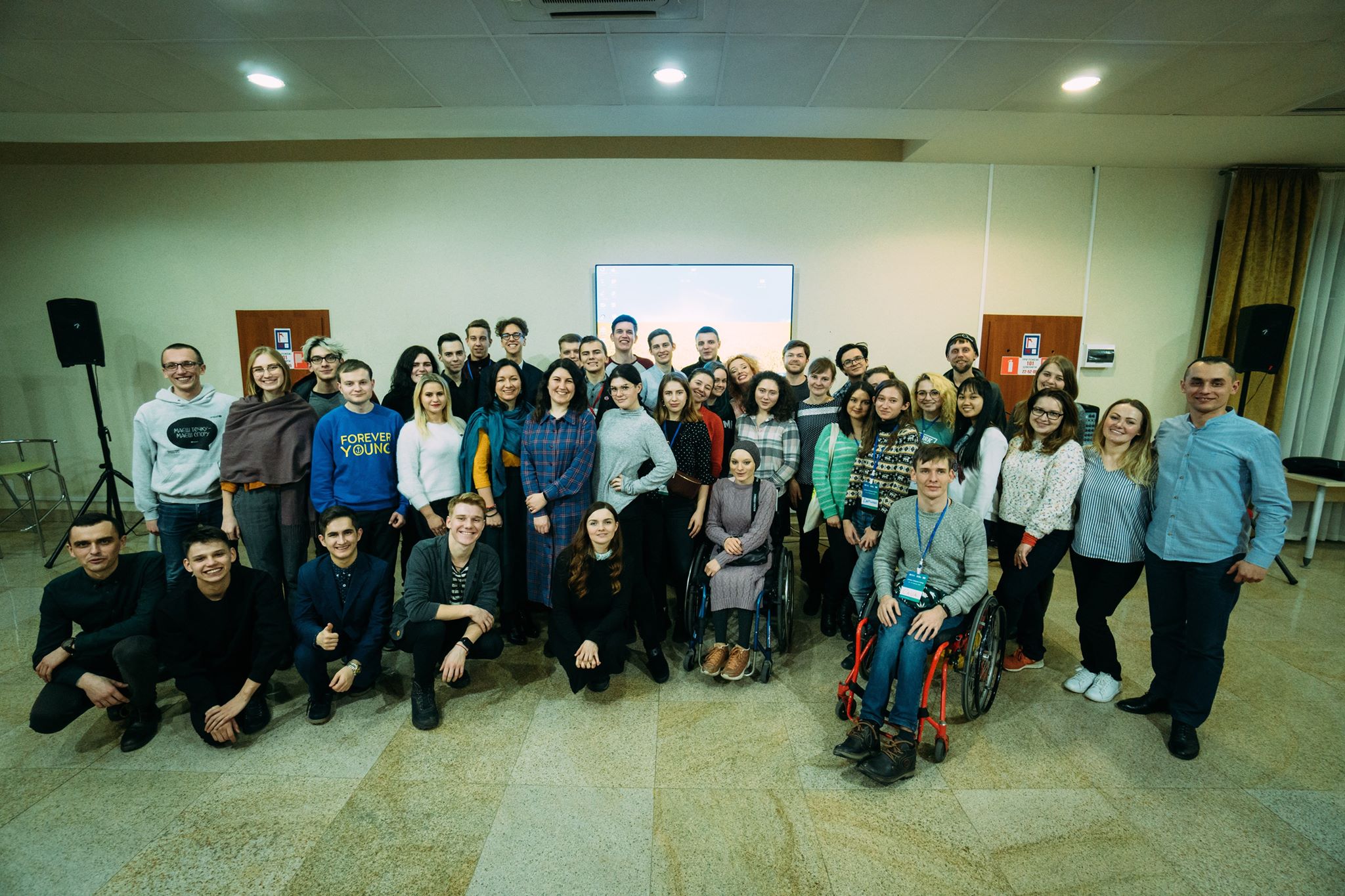 This February the Active Citizens Camp has started that is supported by British Council in Ukraine within the project House of Europe. The NGO “Active Citizens City” hosts the young leaders and changemakers form all the Ukraine. This event involves youth from all the regions of Ukraine. During two days the representatives of Sumy city has shared their stories in a sphere of project of social actions and facilitation of the projects. The head of the department, Hanna Shvindina was a one of the speakers in a format of “Alive Book”. She shared her experience and the contributions of the British Council in her professional growth as a project manager.

It’s worth of mentioning that the achievements of Hanna Shvindina are:

The project funded by Oblast Government Office “I am young, I dream, I work” (70 000 UAH) that won TOP-5 best youth practice in region.

This year the project “Change Leaders” has already won the funding, and the manager of the project is Valenkevich L.

Above the mentioned ones, there are regular educational projects supported by DVV International in Ukraine in a sphere of lifelong learning, such as Rhetoric School, City Ambassadors School, Psychological School, Civic Education and so on.